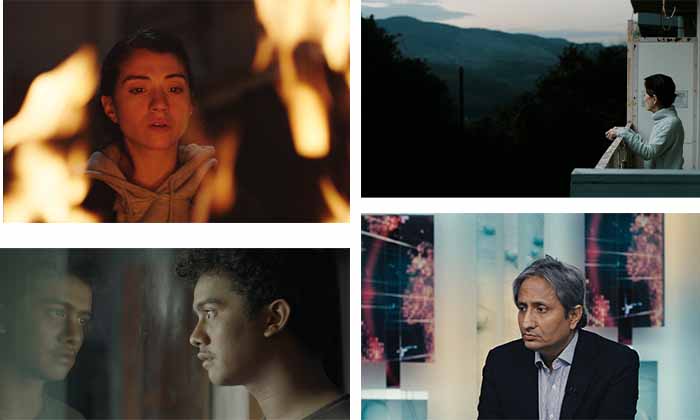 • Five films make their World Premiere at the largest publicly attended film festival in the world • Line-up includes films from the Middle East, Africa and Asia • Selection elevates the profile of emerging Arab and international talent

A strong contingent of 11 films supported by the Doha Film Institute (DFI) grants programme will shine the spotlight on film talent from the Arab region and beyond at the prestigious 2022 Toronto International Film Festival (TIFF) to be held from September 8 to 18.

Continuing DFI’s track-record of showcasing Arab talent to an international audience at the world’s leading film festivals, the selection at TIFF builds on the strong showing of DFI-supported films at the Cannes, Venice, Locarno and Sarajevo film festivals earlier this summer.

With the mission to transform the way people see the world through film, the 47th edition of the high-profile festival will feature some of the most celebrated names in cinema offering diverse perspectives in storytelling. The films in Official Selection supported by the Institute at TIFF 2022 will be screened in four key programming sections – Discovery, Contemporary World Cinema, Short Cuts and TIFF Docs – with many of them making their World Premiere.

Fatma Hassan Alremaihi, Chief Executive Officer of the Doha Film Institute, said: “We are incredibly proud to continue a successful fall festival season with a strong showcase of films at Toronto. In addition to presenting important voices in filmmaking from the Arab world, the selection includes films from emerging talent in global cinema that offer fresh perspectives on life that reflect human hopes, aspirations and challenges.”

“Over the years, we have built a strong reputation for our Grants programme and established the initiative as an important source for standout Arab and international talent in contemporary cinema. The 11 films selected to screen at Toronto are truly representative of the kind of films we support – diverse, compelling, and innovative, with powerful human stories at their centre. We hope that the films receive the international acclaim and attention that they deserve.”

DFI supported films set to screen at TIFF 2022 include:

The World Premiere of A Gaza Weekend (Palestine, UK, Qatar), the feature debut in the Discovery Programme of Academy Award and Palme d’Or nominee Palestinian-British director Basil Khalil, whose Ave Maria was nominated for an Academy Award in the Short Film (Live Action) category. The film is about a deadly virus outbreak in Israel that makes Gaza the only safe haven, where wheeler-dealer, Waleed accepts a fast-cash job smuggling a British man out of the country that leads to several complications.

Also screening in the Discovery programme is Return to Seoul (France, Germany, Belgium, South Korea, Romania, Qatar) by Davy Chou. The film is about 25-year-old Freddie, who gets back for the first time to South Korea to reconnect with her origins. The headstrong young woman starts looking for her biological parents in a country she knows so little about.

Six films screen in the Contemporary World Cinema programme, including the World Premiere of Alam (Palestine, France, Qatar), by Firas Khoury, about Palestinian student Tamer, who does not meddle in politics but at the same time, the memory of his uncle, an activist physically broken by imprisonment, weighs heavily on his mind.

Ashkal (Tunisia, France, Qatar), by Youssef Chebbi, is set in the gardens of Carthage, a new district where modern buildings are juxtaposed with abandoned sites and wastelands, where the body of a caretaker is found calcined in the middle of a construction site.

Autobiography (Indonesia, Singapore, Philippines, Poland, Germany, France, Qatar) by Makbul Mubarak, is a touching story of a teenager who is left alone after his father is imprisoned. He housekeeps the mansion of a retired general but finds himself in a trouble soon after. The film was also screened at Venice International Film Festival this year.

Domingo and the Mist (Costa Rica, Qatar) by Ariel Escalante Meza, is about 65-year-old Domingo whose town is threatened by thugs hired by a developer to expel its inhabitants and pave the way for the construction of a mega highway.

Plan 75 (Japan, France, Philippines, Qatar) directed by Hayakawa Chie, is set in a Japan of the near future when a government program “Plan 75” encourages senior citizens to be voluntarily euthanized in order to remedy a super-aged society and Under the Fig Trees (Tunisia, Switzerland, France, Qatar) by Erige Sehiri, is about Melek, Sana, Fidé and Meriem, who work long days in the fields as a way to be together and escape the monotony of their life in the countryside. They are always finding ways to have fun, sometimes at the expense of others.

Sofia El Khyari’s The Shadow of the Butterflies (France, Qatar, Portugal) makes its World Premiere in the TIFF 2022 Short Cuts programming. The film is about a time that has gone and about regrets and fears of one’s own choices, and the refuge that nostalgia provides.

Two compelling documentaries supported by the Institute will make their World Premiere in the TIFF Docs programme. Cine-Guerrillas: Scenes from The Labudovic Reels (Serbia, France, Croatia, Montenegro), directed byMila Turajli? , charts Stevan Labudovic, the cameraman of Yugoslav President Tito, who takes audiences on an archival road trip through the birth of the Non-Aligned Movement. Revealing his role in filming the Algerian revolution, he plunges us into the heart of an epic battle of images in which cinema gave voice to a decolonising world.

Vinay Shukla’s While We Watched (India, United Kingdom, Qatar) is a raw and timely ‘newsroom thriller’ that offers an intimate portrait of the frontlines of truth in India. It examines how independent news reporting is under threat of budgetary cuts and being used for spreading misinformation. Shukla caused significant disruption with his politically charged crowd funded feature debut An Insignificant Man that premiered at TIFF 2016.