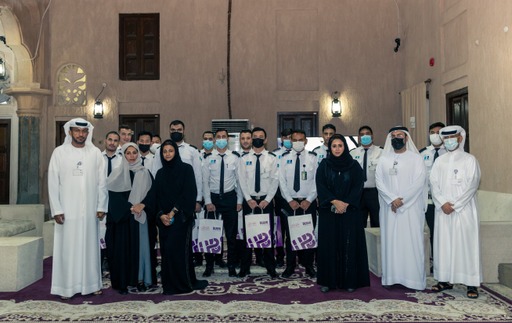 This initiative seeks to recognise workers’ efforts and valuable contributions to community service and comes within the framework of Dubai Culture’s commitment to promoting a sense of social responsibility and a culture of volunteerism among its employees, consolidating the values ??of human communication and cohesion among society members. The initiative was implemented on Wednesday, 10 August, when the Authority’s employees volunteered to distribute bottles of water, cold drinks and sunshades to basic-service employees in the neighbourhood, including cleaners, security guards, and other similar professions to help alleviate the effect of the summer heat and spread joy in their hearts. 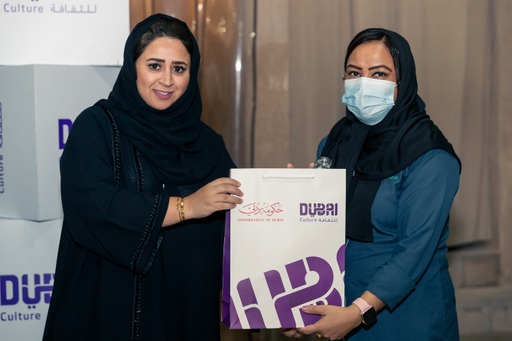 Laila Abdulla Belhoush, Project Manager of the Summer Heroes initiative at Dubai Culture, affirmed that the Authority sought, through this initiative, to honour the summer heroes in Al Fahidi Historical Neighbourhood, appreciating them for the services they provide as partners in the emirate’s development and construction process. This was done based on the Authority’s cultural and societal responsibility toward promoting social cohesion in Emirati society.

She added: “Through such initiatives, we affirm the emirate’s position as a home for positive coexistence among society members from all walks of life. This humanitarian gesture contributes to drawing a smile on workers’ faces and motivates them.”

Dubai Culture launched the first phase of the Summer Heroes initiative in July 2019 to honour basic-service employees at the Authority and Dubai Design District by distributing cold water bottles and sharing with them letters of appreciation from the Authority’s employees. The second phase followed in November 2019 comprising paintings being drawn on water coolers that distributed at labour camps in Dubai’s industrial area.

Paul van Dyk & Fuenka take you on a trip with ‘Artefact’, out now VANDIT!