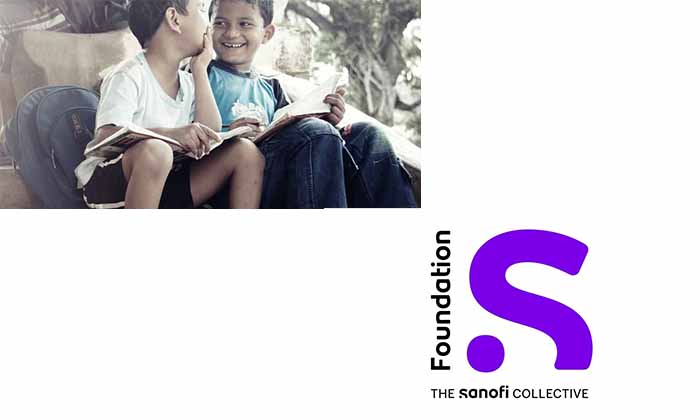 Foundation S – The Sanofi Collective has announced a new ‘Call for Proposals’ for its ‘My Child Matters’ Program to fight childhood cancer in low and middle-income countries and contribute to restore health equity among children. The announcement has been made during 54th Annual SIOP Congress, International Society of Paediatric Oncology, taking place in Barcelona (Spain) from September 28-October 1, 2022.

Vanina Laurent-Ledru, Director General of Foundation S – The Sanofi Collective, remarks that “every 3 minutes a child dies of cancer, and those who live in low and middle-income countries do not have the same chance of being treated and cured. With My Child Matters program, we want to have an active role supporting WHO’s ambition to achieve 60% survival rate for all children suffering affected by cancer by 2030”

About My Child Matters (MCM) initiative

‘My Child Matters’ program (MCM) was launched in 2005 by Sanofi’s previous not-for-profit entity to provide financial support, aid from international experts, networking and sharing of experiences, as well as annual reviews by mentors for teams working in pediatric oncology in low- and middle-income countries.

MCM is also a collaboration with partners, such as the Groupe Franco-Africain d’Oncologie Pédiatrique (GFAOP), the International Society of Paediatric Oncology (SIOP), numerous Non-Governmental Organizations (NGOs), experts from various hospitals across the world, as well as other cancer institutions.

Since 2005, MCM has provided support to 51 hospitals and NGOs in 33 countries, helping more than 120,000 children, training over 30,000 healthcare professionals, and been credited with considerably increasing survival outcomes.

With the launch of the new Foundation S, the objective is to take forward the MCM legacy and amplify the impact of this program by generating sustainable action in countries most impacted by childhood cancer. In Sub-Saharan Africa, childhood cancer is often deadly, with survival rates less than 20% (while in the US and other developed nations 80% of children with cancer survive.

Foundation S aims at directly targeting children as well as supporting their families and reinforcing capacity building though training and upskilling of healthcare professionals.  But raising greater awareness in civil society and among policy makers to help reduce the access-to-healthcare gap between developed countries and developing countries where paediatric oncology is still emerging. The ambition is to bring MCM to the next level by creating the opportunity to build momentum between countries around the same initiative against childhood cancer so that experiences and ideas can be actively shared.

Pr Eric Bouffet, Emeritus Professor of Paediatrics, Toronto (Canada), Former Elected SIOP President, Chair of My Child Matters Expert Committee highlights that “My Child Matters is not just about receiving funds, it also allows teams to growth and provide better care to children with cancer and their families, to get visible and to gain credibility with other actors.  The issues surrounding childhood cancer are solvable and by strengthening pediatric cancer training and care, it is the whole healthcare system that gets better. My Child Matters projects are selected by a steering committee, a group of pediatric oncologists from high- and low-income countries who have worked in these countries, and can assess whether the proposal is relevant and feasible.”

To achieve this ambition, Foundation S announced the launch of an open data platform with all My Child Matters projects ( Home — Foundation S (opendatasoft.com)) to support connections between all stakeholders fighting childhood cancer as well as easy access to the multidisciplinary teams assembled to fight childhood cancer . The MCM platform includes an interactive map showing all projects supported by Foundation S. The ambition is also to integrate all new projects selected for My Child Matters Program increasing the network and opportunities to collaborate and upskill the teams.