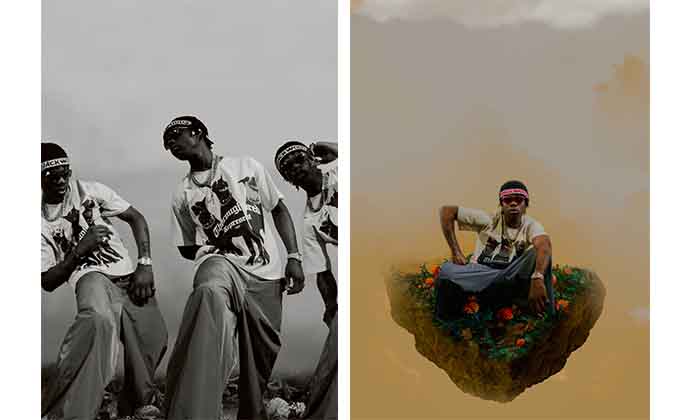 Full Circle is excited to bring you the second edition of Afroworld with Nigerian rising star, Rema and special guest Omah Lay live on February 10th at Dubai’s home of live entertainment.

Get ready to experience the vibrant sounds of Afrobeats at Afroworld 2023, bringing together some of the biggest names from Africa. Headlining the concert is rising star Rema, whose energetic and infectious hits “Calm Down”, “Dumebi” and “Iron Man” have taken the world by storm.

In May 2021, Rema announced he will be calling his sound “Afrorave”, a subgenre of Afrobeats with influences of Arabian and Indian music which has led to him having one of the strongest fanbases in the genre. In November 2022, Rema received an award during his London concert as his songs achieved one billion streams worldwide.

Joining him on stage will be special guest Omah Lay, whose smooth and soulful melodies, “You” and “Bad Influence” have earned him a dedicated fan base. The Nigerian Superstar describes his music as Afrobeats with some R&B. In 2022 Omah Lay collaborated with Justin Bieber on the hit single ‘Attention’ before releasing his debut album ‘Boy Alone’.

Get ready to immerse yourself in the sounds and culture of Africa. Don’t miss this once-in-a-lifetime opportunity to see Rema and Omah Lay live.

Mindful Eating: Taking Care Of The Body From Within