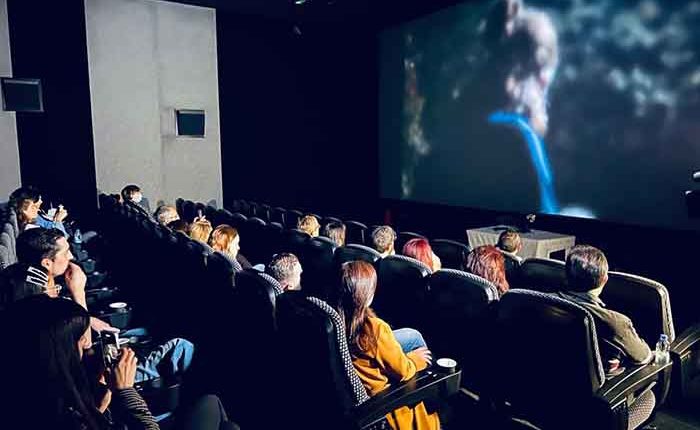 On the occasion of the World Day for the Prevention of Child Abuse, and in the context of spreading awareness, Himaya prepared two testimonial videos to shed light on this phenomenon in Lebanon, and to emphasize the importance of addressing this through prevention and disclosure. The launching took place at the Grand Cinemas in ABC Ashrafieh on Thursday, November 24, in the presence of several members from the organization and a crowd of media professionals.

The NGO invited journalists without revealing the content of the videos to urge them to take part in the event, so that the media witnesses the two touching testimonials that are out in the open for the first time, at the request of the people involved. The aim behind this launch is to raise awareness in society as a whole, and parents in particular, about sexual harassment, and the fact that it doesn’t exclude anyone, and can occur anywhere, to both genders, at all ages, and from the closest relatives, in the places we consider the safest.

In this context, the Executive Director of Himaya, Mr. Serge Saad, addressed the media, saying: “We thank the media present with us today for answering our invitation to take part in this event. We want to emphasize on the positive and pivotal role of the media in spreading awareness to prevent and reduce violence against children, leading to a secure environment for them.” He then added, “Awareness initiatives have proven effective in bringing positive change in society, and this was evident in the number of cases of sexual violence that Himaya received between 2021 and 2022, as percentages were as follows: 8% of the total cases were sexual violence-related in 2021. It increased to 11% in 2022, and the harasser in 51% of the cases was someone close. During the awareness campaigns of Himaya in previous years, the abuser was represented by the father of the child. Today, in the two displayed videos, the abuser is a close friend of the family or a clergyman; he might also be any person of trust. ” He also stressed on the fact that “Based on our social responsibility, we will continue working with all related parties in Lebanon and the world to raise awareness on the problem of sexual violence, especially against children, as our initiative today comes in line with the efforts to confront this issue and put an end to it.”

This awareness initiative is part of the continuous efforts of Himaya through its team, which is located in various regions across Lebanon, and the programs it launches with international organizations and local authorities, to urge every individual in society to be a fruitful partner in working to protect children from violence, and to break the silence barrier by reporting on

Himaya’s hotline, which takes full consideration of the callers’ privacy, in order to reduce this growing phenomenon.