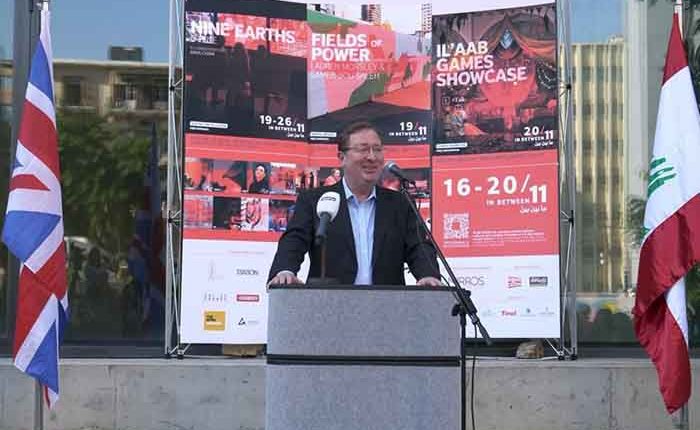 The IN BETWEEN Festival, which took place in nine different locations throughout Beirut, concluded its multifaceted, 23-component programme, giving young artists and more than 25 Lebanese and British professionals a chance to network professionally through several creative sectors, including dance and performing arts, music, games, and visual arts.The festival, which took place from November 16 to November 20, 2022, and was attended by 15 delegates from the United Kingdom, strengthened relationships and started new projects with leaders in Lebanon’s creative and cultural sector.Conversations and spaces, the program’s two main themes, were seen as complementary parts that are important for finding new ways to live and make a living, especially in the current situation, which creates a lot of uncertainty about the creative economy and how we should respond to global issues.For a special closing session, Fields of Power, a collaborative piece of art that promotes environmental awareness and women’s empowerment, was unveiled at the Beirut Digital District (BDD) in the presence of HMA Hamish Cowell, the British Ambassador to Lebanon, Skinder Hundal, the British Council Global Arts Director, and Mayssa Dawi, British Council Country Director – Lebanon During his speech, HMA Hamish Cowell, the British Ambassador to Lebanon stated: “The whole festival is a testament to what makes Lebanon so special in this region, that they include so many diverse issues – from gender and LGBTQ issues to emigration and alienation to the environment to gaming.”

The mural work, Fields of Power, created by Lebanese artist Samer Bou Saleh and Scottish artist Lauren Morsley, is now located in the centre of BDD’s outdoor amphitheatre and serves as a symbol of friendship and cross-cultural and creative exchange between Lebanon and the UK.The mural marks a collaboration between the British Council Lebanon, Art of Change, Open/Close Dundee, and BDD.During the unveiling event at the BDD, the hub and community for the digital, Mayssa Dawi, British Council Country Director – Lebanon, announced that the hub will now house the council’s office.Local and global landscapes that are always changing have led to a state of complete liminality, where projections are unclear and boundaries are not clear. As a result, new spaces for thinking and making have sprung up, offering new chances to rethink how arts and culture can help us move forward.As a response, the festival adds theatre and literature to a year-long programme of professional capacity-building programmes in the visual arts, dance and performing arts, music, and games sectors and asks the audience to think about what could happen in the spaces between.As British Council Global Arts Director, Skinder Hundal said: “In ART we trust, and through activities like these we deepen the linkages that make us human and we extend from port to port, city to city, building trust”.The festival featured a variety of events, including plays, performances, book releases, and displays of visual arts that offered readings in alternating chronologies. Among them, the launch of The Rise of Shuruq: The New Platform Showcasing Contemporary Music from the SWANA Region (south west Asia/north Africa). Shuruq is a talent development and discovery platform for music from Swana and its diasporas. Initiated by Station Beirut with partners, Shuruq seeks to showcase artists and transmit the diversity of music cultures from Swana to the world.