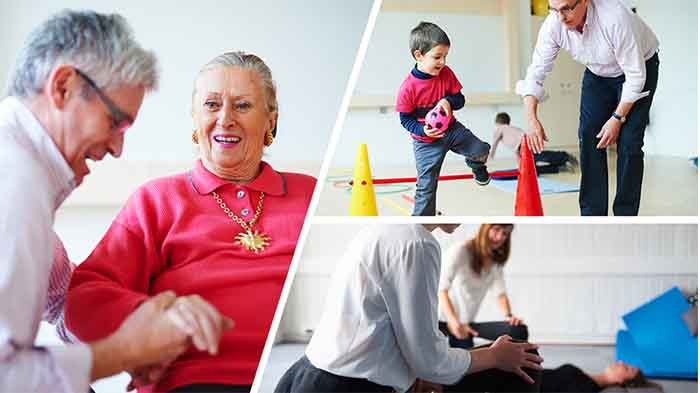 The Higher Institute for Psychomotor Therapy (ISRP), the first French training center for psychomotor therapy, will be in Dubai from 30 January to 02 February 2023. ISRP will take part of Arab Health 2023 at the French Pavilion in Sheikh Rachid Hall – booth RM14.

What is psychomotor therapy?

Giselle Soubiran, a French physiotherapist, developed psychomotor therapy techniques at the Sainte-Anne Hospital (Paris) in the 1950s. She based it on the theoretical writings of the mind-body link and in 1959 she published the first definition of a psychomotor disorder, proposing an evaluation of the psychomotor system as well as the first elements of treatment in a therapeutic framework. After several years of teaching her techniques in a number of French hospitals, she decided to open a training center: The Higher Institute for Psychomotor Therapy, which is now managed by her descendants.

Expertise that is exported

The international development of the ISRP began in the 1970s, with the creation of the international organization of psychomotricity and relaxation. Later in 2013, the Institute developed its first training programs in Shanghai. The goal of the ISRP is to create an international collaboration to train health professionals. It is with this in mind and to support the development of the healthcare offering in the United Arab Emirates, the ISRP is once again participating at Arab Health this year. More broadly, the goal is to work with local entities (public authorities, hospitals, clinics, universities and rehabilitation centers) to provide ongoing training to the country over the long term. Indeed, bringing this discipline to the UAE would enable great advances in mental health issues, and address the lack of training centers in the country. The United Arab Emirates is a very good starting point for ISRP, in order to provide their expertise throughout the Middle East.

A NEW EXPERIENCE IN NACCACHE THE MALT GALLERY LAUNCHES A NEW CONCEPT.