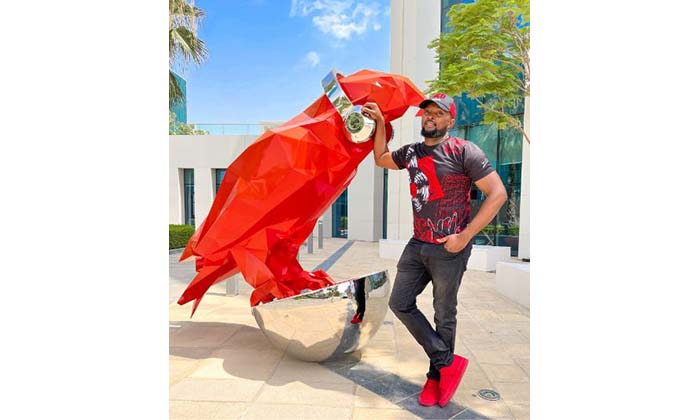 Julius had his first steps in hospitality as a doorman at the then Radisson Royal Hotel Dubai in October 2012. Julius worked across 2 more properties in Dubai before he joined Radisson RED Dubai Silicon Oasis as part of the pre-opening team in December 2019.

Julius Kabiru said: “If you ask me how I came into hospitality. Here is my story. I actively got involved in charity work and later established an entertainment business where I used to meet and interact with people from all walks of life. This helped me develop a passion to be of service to fellow humankind. In a quest to grow and source funding for my entertainment business, I decided to apply for a job in the Radisson Royal Hotel Dubai. One thing I like about Radisson is how it believes in and nurtures its own. As the brand grows, so do its people, and my journey is a testimony to that philosophy.”

In his personal life, Julius passionately loves music – it’s a real soft spot in his heart. It always has a way of holding people together and reminding them that, irrespective of the circumstances, courtesy demanded them to be respectful, learn to live with each other and that the future is bright and promising. While working at Radisson RED  Dubai Silicon Oasis, he has developed a taste for art as well, which is fascinating him.

Stuart Birkwood, Curator aka General Manager at Radisson RED Dubai Silicon Oasis, said, ‘’Julius firstly is a fabulous person who leads from the front – he really walks the talk and has amazing empathy with his colleagues / peers. He’s mature and always looking to better himself. I’m sure that this is just another step on the career ladder that will take him high up the hotel leadership structure.’’

Zand announces Board of Directors: A line-up of local and international leaders