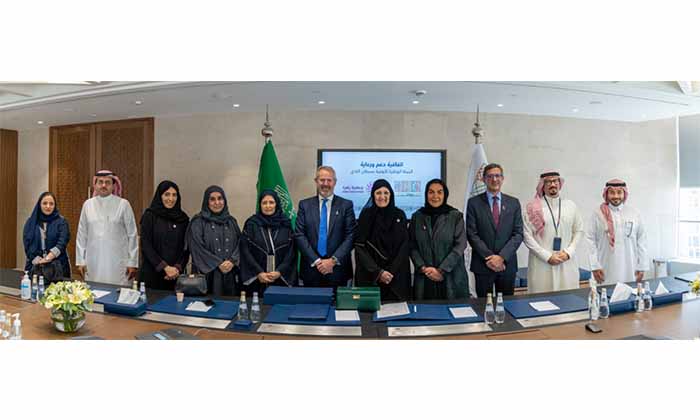 ROSHN, the national real estate developer, and Zahra Breast Cancer Association have signed an agreement to sponsor and endorse the Breast Cancer Awareness Campaign, which will see nationwide events and initiatives throughout the month of October.

The signing ceremony took place on the 27th September at ROSHN’s Riyadh headquarters, with Zahra Association represented by its Chairwoman Her Royal Highness Princess Haifa Al-Faisal and ROSHN represented by Group Chief Officer David Grover. Operating under the logo ‘Be Pink,’ the campaign forms part of ROSHN’s ‘YUHYEEK’ social responsibility programme and aims to highlight the important challenges that breast cancer poses to society.

Commenting on the agreement, Her Royal Highness Princess Haifa Al-Faisal, Chairwoman of the Zahra Breast Cancer Association, said: “We look forward to the progress that will be achieved with ROSHN’s sponsorship. With the backing of ROSHN, the Zahra Association can grow our footprint in the Kingdom and raise further awareness around the challenges breast cancer poses to society.”

In addition, David Grover, ROSHN’s Group Chief Officer, said: “Breast cancer is one of the most common types of cancer worldwide, and through our recently launched YUHYEEK programme, we aim to tackle it in an effective and impactful way, pursuing our corporate social responsibility objectives as we do so.”

Ghada Alrumayan, ROSHN’s Chief Group Marketing and Communications Officer, reinforced the company’s commitment to work with the Zahra Association as it rolls out its national campaign for breast cancer awareness, saying, “ROSHN is in full support of the Zahra Association and its national campaign to raise awareness of breast cancer. Social responsibility is a major part of our identity, and we will use all of ROSHN’s capabilities and resources to help the campaign achieve its goals.”

GITEX GLOBAL 2022 gathers world’s leaders to challenge and collaborate in the Web 3.0 economy